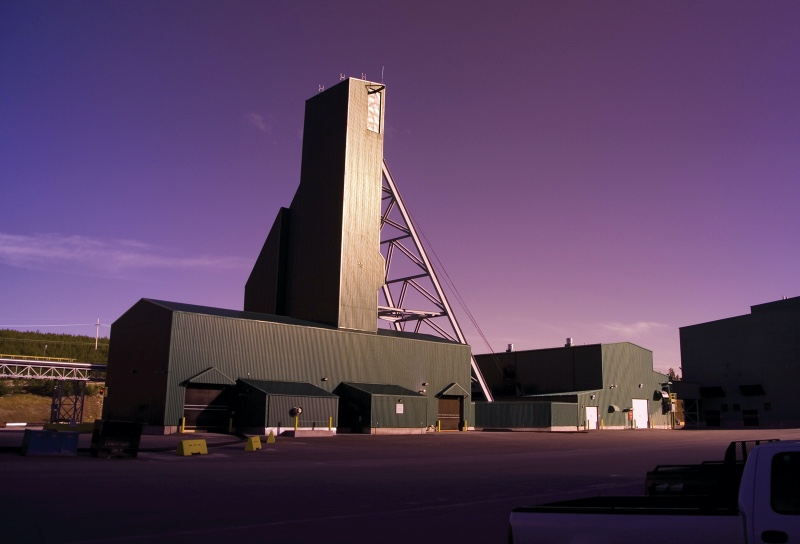 On November 9, 2022, Cameco announced that the first pounds of uranium ore produced from the McArthur River mine had been milled and packaged at the Key Lake mill, marking the initial production from McArthur River as it transitions back to normal operations. Cameco stated that McArthur River/Key Lake are expected to produce up to 2 million pounds (100% basis) of uranium concentrate (U3O8) in 2022. It further disclosed that, starting in 2024, Cameco plans to produce 15 million pounds of U3O8 (100% basis) per year from the operations.

Cameco has disclosed that McArthur River is the world’s largest high-grade uranium mine, with ore grades that are 100 times the world average, which means it is capable of producing 18 Mlbs per year by mining only 200 to 400 tonnes of ore per day. Cameco has disclosed that McArthur River has a licenced capacity of 25.0 Mlbs per year. Cameco estimated operating costs of $14.76 per pound for McArthur River based on operating and capital cost estimates for the estimated life of mine, stated in constant 2020 dollars and reflecting a forecast life of mine mill production of 389 Mlbs U3O8, including estimated milling costs. This would place McArthur River amongst the lowest cost uranium projects in the world.

The deposit is a high-grade, unconformity-related uranium deposit with an average stated grade of 6.58% U3O8 for remaining reserves disclosed by Cameco as of December 31, 2021. Mineralization occurs between 500 to 640 metres below surface with a strike length of approximately 1800 m.

Mining at McArthur River utilizes unique ground freezing to mitigate risks of high-pressure ground water and a blend of blasthole stoping and raise-bore mining. The ore is ground, thickened and blended into a slurry which is then shipped 80 km south to the Key Lake mill for processing and production of calcined uranium ore concentrate.

Note that the estimates in the above table:

Uranium Royalty Corp. (“URC”) believes that the royalty covers the majority of the current project, with the exception of a portion of claims S-105655 and S-105656 of the currently defined McArthur River project lands. The McArthur River Royalty includes most of the area known as the McArthur River mine and URC believes that the royalty applies to the entirety of the reported reserves at the mine other than portions that are covered by the adjacent Read Lake project area. The McArthur Technical Report identified the reserves attributable to the Read Lake area as approximately 0.35 Mlbs, which represents approximately 0.09% of existing stated reserves for McArthur River.

In Cameco's management's discussion and analysis for the year ended December 31, 2021, Cameco stated updated plans for the re-start of the McArthur River operation, disclosing potential production of up to 5.0 million pounds (100% basis) of U3O8 in 2022. In addition, Cameco stated that it currently plans to ramp up to 15.0 million pounds (100% basis) in annual production by 2024, 40% below the licensed capacity of the Key Lake mill (25 million pounds per year). Cameco states it will remain the production plan for the McArthur River operation until there is further improvement in the uranium market and contracting progress. Cameco states that there is a potential for the COVID-19 pandemic and related supply chain challenges to impact the availability of materials, reagents and labour, which could not only impact 2022 production but could also introduce risk to production in 2023. In addition, Cameco has stated additional risks in that, with the extended period of time the assets were on care and maintenance, there is increased uncertainty regarding the timing of a successful ramp up to planned production and the associated costs. In addition, Cameco disclosed that its collective agreement with the United Steelworkers local 8914 expires in December 2022. Cameco has stated that it plans to begin contract negotiations prior to the expiration of the current agreement. There is a risk to the ramp up to planned production if Cameco is unable to reach agreement and there is a labour dispute.

In Cameco’s management's discussion and analysis for the quarter ended June 30, 2022, Cameco disclosed that the company continued to advance the recruitment, training and operational readiness activities at the McArthur River mine and Key Lake mill. Cameco stated operational readiness activities are transitioning from construction to early-stage commissioning of their mining and milling circuits at McArthur River and Key Lake. Cameco further states that the company has seen some delays to the work schedule at the Key Lake mill along with challenges with respect to the availability of critical materials, equipment and skills. In addition, after four years on care and maintenance, Cameco has experienced some normal commissioning issues as they work to safely and systematically integrate the existing and new assets with updated operating systems. As a result, Cameco has adjusted the project schedule to accommodate the delays and now anticipate first production will be deferred to later in the fourth quarter. Cameco now states that they are expecting up to 2 million pounds production (100% basis) in 2022.

The effects of Cameco's updated production plan on the potential value of the Company's royalty depends primarily on the contract pricing of the operation in the future, as reduction of near-term production decreases the near-term revenue, but may potentially be offset by selling higher volume in the future at projected higher contract prices.

The original joint venture established over the McArthur River area in 1976 was the Keefe-Henday joint venture between Canadian Kelvin Resources Ltd. and Asamera Oil Corporation Ltd. The Keefe Lake Joint Venture was later divided into three separate project areas, the Dawn Lake, McArthur River, and Waterbury Lake project areas. Cameco began construction and development of the McArthur River mine in 1997. Federal authorities issued the operating licence and mining began at the project in December 1999 and commercial production was achieved on November 1, 2000.

Cameco has disclosed that there have been two notable water inflow incidents at the McArthur River mine. The first occurred in April of 2003, as increased water inflow due to a rock fall in a new development area (Bay 12 located just above the 530-metre level) began to flood the lower portions of the mine, including the underground grinding circuit area. Cameco further disclosed that additional dewatering capacity was installed, and the flooded areas were dewatered and repaired, with mining resumed in July 2003, with the excess water inflow sealed off in July 2004. According to Cameco's disclosure, a second inflow occurred in November 2008, when there was a small water inflow in the lower Zone 4 development area on the 590-metre level, which did not impact production, but did delay local development for approximately one year. Cameco further disclosed that, in January 2010, the inflow was sealed off and local development was resumed. In 2013, federal authorities granted a 10-year renewal of the licenses for McArthur River and the Cameco operated Key Lake mill.

Cameco disclosed that in 2018, a decision was made by the operator to suspend production at the mine and mill for an indeterminate duration. It further disclosed that a restart of the mine and mill is a commercial decision that will be based upon Cameco’s ability to commit its share of production from the operation under acceptable long-term contracts and to benefit from the favourable life of mine economics it provides.

In addition to the resources outlined at the McArthur River Mine, several historical uranium deposits and showings have been discovered on the project. These include the P2 Main, BJ Lake, and Harrigan Zone deposits. These historical deposits do not have current resources attributed to them.