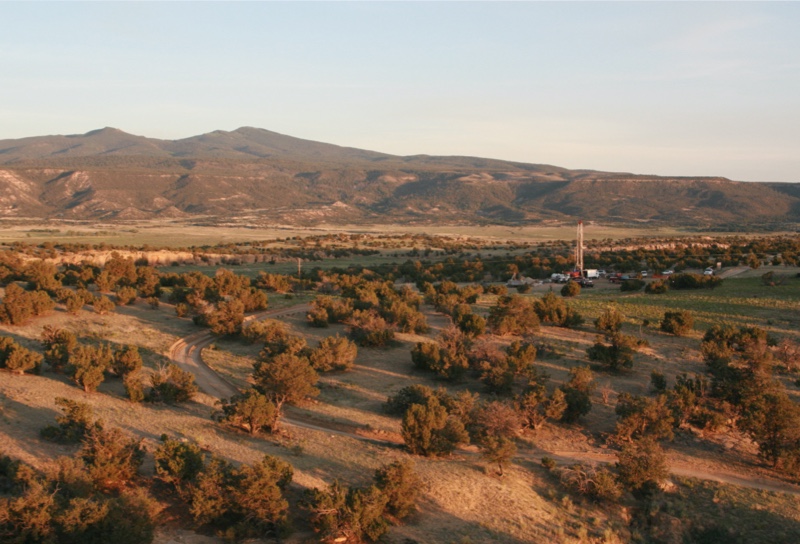 The Roca Honda Royalty is equal to 4% of the gross value from the sale of U3O8 produced from Section 17 of the Roca Honda Project, less certain specified deductions, including sales brokerage, transportation costs, state severance taxes imposed on the value of product sold, weighting, sampling and assaying charges at the converter and penalties, surcharges or deductions levied by the converter. "Section 17" refers to section 17 of Township 13N/Range 8W, comprising 640 acres of the 4440 acres (14%) of the Roca Honda Project.

The Roca Honda Royalty was created pursuant to a royalty deed dated July 31, 2015 between Strathmore Resources (US) Ltd. and Uranco Inc., a wholly owned subsidiary of Westwater Resources Inc (subsequently enCore Energy). The Roca Honda Royalty is subject to the right of the payor to purchase the royalty for US$5,000,000 at any time prior to the first royalty payment becoming due thereunder.

The Roca Honda Royalty does not apply to the entire project area for the Roca Honda Project. The royalty currently applies to approximately 640 acres, or approximately 14% of the current project area. In the most recent technical report with an effective date of February 22, 2022, on the Roca Honda project, Energy Fuels states a total of 3.06 Mlbs of Indicated resources and an additional 2.64 Mlbs of Inferred resources on Section 17 as at December 31, 2021.

A proposed production schedule has the mineralization from Section 17 mined in the first three years of the mine life, with a total of 4.23 Mlbs of U3O8 produced.

Mineralization was initially discovered in the area of the Roca Honda Project in 1970 by Kerr-McGee Oil Industries. The project claims were acquired by Strathmore Minerals Corp. in 2004.

In August 2013, Energy Fuels acquired a 60% interest in the Roca Honda Project through the acquisition of Strathmore Minerals Corp. and in May 2016 acquired the remaining 40% interest in the Roca Honda Project from Sumitomo Corporation. Strathmore Resources (US) Ltd. acquired Section 17 in 2015 from Uranco Inc., a wholly owned subsidiary of Westwater Resources Inc. (subsequently enCore Energy).